Entergy's River Bend Station is a 991 MWe nuclear plant on the Mississippi River in St. Francisville, just north of Baton Rouge, Louisiana. In operation since 1986, the plant serves a major corridor through the state and contiguous environs and was able to supply continuous power to the New Orleans and the surrounding region throughout the Katrina Hurricane disaster. Concerns were raised recently when engineering evaluation of condenser efficiency reported declining performance, which was tied directly to MWe output of the plant. According to Ed Deweese, Sr. Lead Engineer, if they continued on a linear progression of degradation, they would soon fall below a 65% minimum condenser cleanliness/efficiency factor.

Various service contractors and cleaning methods were considered - hydrolasing, chemical cleaning and mechanical tube shooting. River Bend Station has a hydrogen water chemistry system at the plant, which increases the dose rates at the condenser and taking the system out of service for a long period of time was a concern for chemistry management personnel. Continuous hydrogen injection into the feed water system provides long-term integrity protection to the reactor vessel. Based on these factors, and other dose related considerations, it would be important to spend as little time as possible in the condenser areas for inspection and cleaning.

River Bend made the decision to proceed with Total Condenser Performance Tube Cleaning from Conco Systems due to the reduced time required and inherent efficiencies in comparison to other methods. Conco's 80 years experience and specifically, experience in cleaning nuclear power plant condensers was also a major factor in the decision.

There are four condenser water boxes serving the facility, each containing 17,452 1"x 18 BWG Admiralty brass tubes that were 45' in length. Inspection by Conco revealed that the Delta water box was suffering significantly degraded performance and the reason was quickly apparent. Plastic tower fill, V-shaped perforated sections located in the circulating water cooling towers had deteriorated and began sloughing off in small pieces, eventually winding up in the condenser, lodged against the inlet holes of the tubesheet. That, in turn, created a low flow condition at the inlet side of the water box. Because of the low flow condition caused by the plastic fill pieces, the condenser tubes were severely fouled with mud that settled in thick deposits. In addition, low flow conditions rendered the online ball cleaning systems completely ineffective, depositing thousands of sponge balls along with the other accumulated debris and fouling.

Conco crews were able to clean the 17,452 tubes in each water box in only three days, completing the 34,904 tubes in less than a week. In all, more than a thousand pounds of mud was removed from the first water box and almost as much from the second, along with the plastic tower fill and thousands of sponge balls that were lined by the hundreds in many of the tubes.

Randy Glueck, Senior Systems Engineer, maintains the condenser efficiency ratings, averaged hourly, for the plant. Randy relates that post Conco cleaning performance numbers are up 80% and that they have realized an increase in power output of 2 1/2 MWe per hour, or 60 MWe per day. New circulating water screens have been procured and complete overhauls of the cooling towers are in progress to prevent a recurrence of the problem in the future. 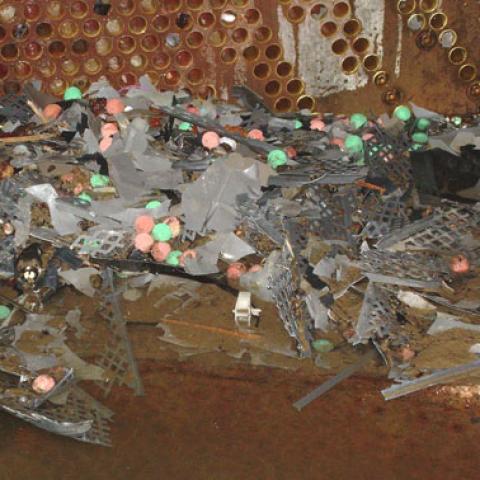 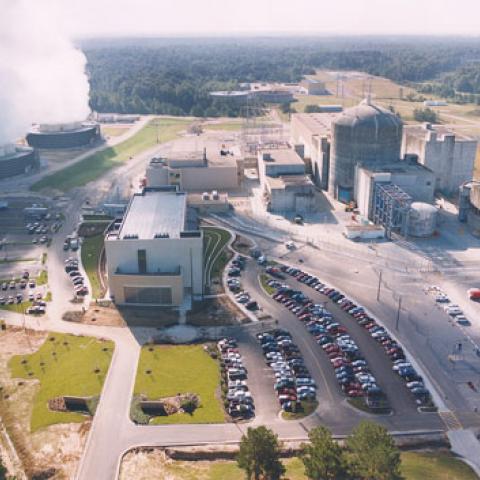